As part of their commitment to electrifying their entire line-up, Mercedes Benz showcased the Concept EQG – the all-electric variant of the G-class. 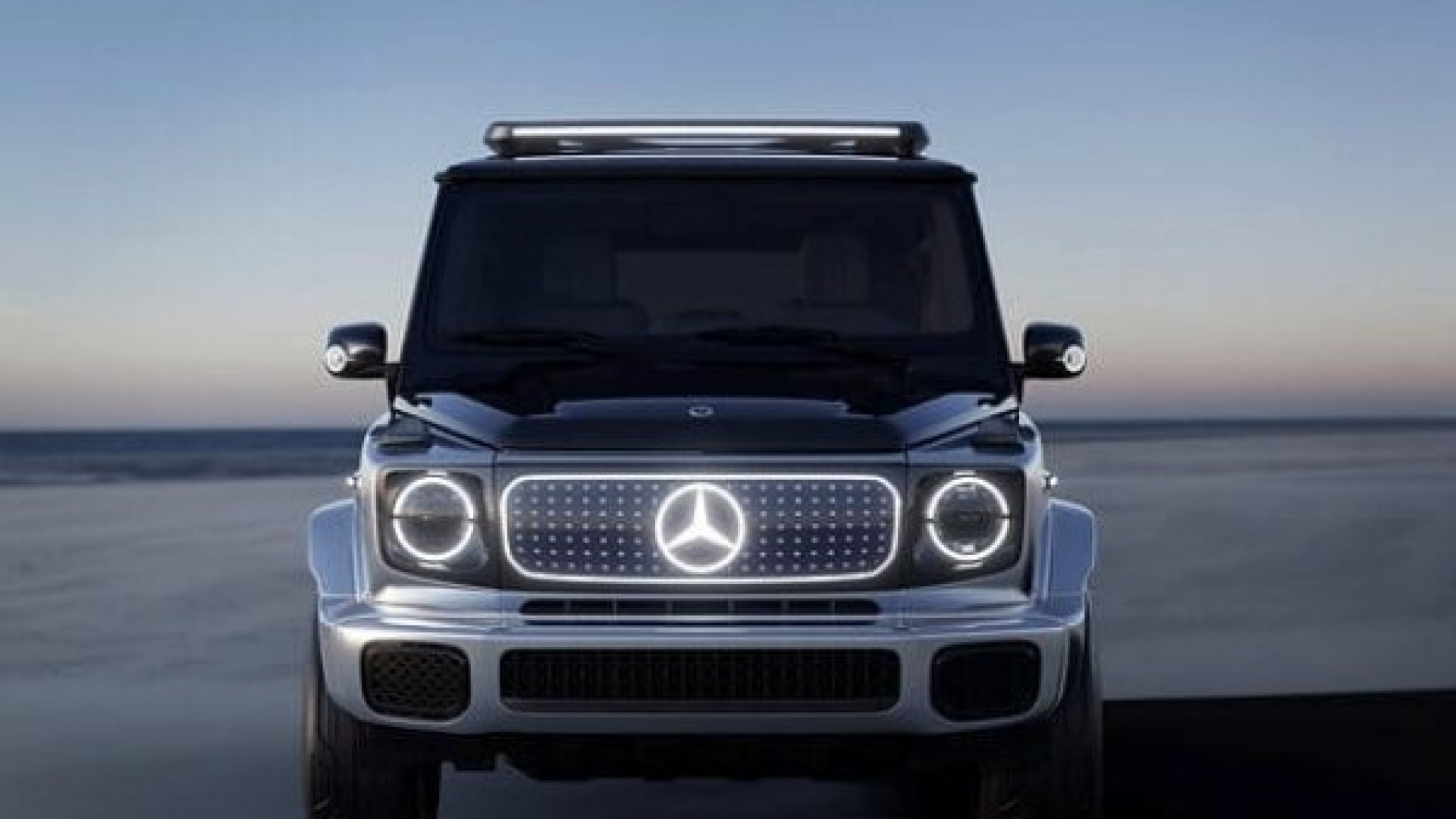 We have seen quite a few electric concepts from Mercedes Benz too. We covered the van EQT in this post here and this video.

But, we surely were never prepared to see what Mercedes Benz has launched today. The all-electric version of the legendary G-class – the EQG.

While it is a concept, it represents two very important things:

1. Mercedes Benz’ commitment towards electrification of their entire range

2. The value the company puts in the word of their top management.

If you are not sure what we mean by the 2nd point, we are referring to the incident that played out in Detroit in January 2018. Hollywood great Arnold Schwarzenegger, star guest and ardent "G" fan, elicited a promise from the then Chairman of the Board of Management of Daimler AG, Dieter Zetsche, that was unexpected for many at the time: The upcoming electrification of all model series would of course also include the G-Class.

42 months later we have the Concept EQG standing tall, looking massive, and glaring down at us as a reminder of what the future holds.

Let’s focus on the beast now.

With the Concept EQG, Mercedes-Benz presents the near-production study of an all-electric model variant of its utilitarian off-road icon. Visually, the concept car combines the unmistakably striking look of the G-Class with selected design elements typical of all-electric models from Mercedes as contrasting highlights. The 4x4 qualities of the "G", which have always set the highest standard, will not only find their way into the age of electric mobility, but will be developed even further in some areas. The Concept EQG thus offers a promising preview of what a Mercedes-Benz G-Class with battery-electric drive will be capable of.

The origins of the successful G-Class model date back to 1979. For more than four decades, the "G" has thus embodied the luxury off-road vehicle from Mercedes-Benz.

The Concept EQG is also very much in the design tradition of the model series and can be recognised at first glance as a G-Class. The near-production study adopts the G-Class' angular silhouette including its iconic elements. Illuminated stripes make the robust exterior protective strips stand out visually. The separating edge of the attractive two-tone paint finish – gloss black on top, gloss aluminium beam on the bottom – runs in the area of the front end directly under the overlying bonnet, thus emphasising this design feature even more clearly.

The front view of the Concept EQG looks familiar, not least because of the typical round headlights. Instead of a radiator grille, as on the conventionally powered model versions, this all-electric variant features a continuous deep black radiator grille. In this Black Panel Grille, the illuminated star with 3D effect sets a striking accent. Around it, the animated pattern of "round squares" (squircle pattern) in the familiar blue of the Mercedes-EQ models creates a visual link. This visual link refers to the absolutely circular lamps of the original G-class and the DRL shape of most of the EQ series from Mercedes Benz.

This ‘squircle’ is unique to the Mercedes Benz line-up and it does look quite different from the ordinary.

An all-round illuminated band wraps the Black Panel, which, alongside the white illuminated circles in the exterior mirror housings, complements the daytime running light graphic of the headlights.

The Concept EQG rides on 22-inch polished aluminium alloy wheels in an exclusive design. Instead of the usual spare wheel cover, there is a lockable box with white illuminated accents on the rear door, whose design is reminiscent of a wallbox. The squircle pattern made our eyes go woozy, especially, with the LED strip on the rear tail-gate mounted spare wheel. We just could not come to terms with the non-circular ‘wheel’. Then again, that case is not exactly housing a wheel. It is a box to hold the charger. Another quirk!

Another highlight of the exterior design is the flat roof rack in high-gloss black. The central element of its minimalist design is the centrally shaped "G", which is unmistakable in the top view. To be honest, at first glance, the ‘J’ created by the negative space of the G is the first bit we noticed.

Mercedes says the white LED strip integrated into the front edge of the roof rack is a modern interpretation of the searchlight indispensable for demanding off-road adventures – and thus underlines the seriousness of the Concept EQG in this area: not despite of, but precisely because of its all-electric drive.

We shall soon discover more about that when the G-class will face the legendary test track on the 1445-metre high Schöckl mountain in Graz at the end of its development into a series model. Peppered with gradients of up to 60 degrees, the 5.6-kilometre route has always been regarded in the international off-road scene as one of the world's greatest challenges for man and technology. After successfully conquering it, the electric "G" will also be able to adorn itself with the "Schöckl proved" quality certificate that is obligatory for the 463 series. And like its conventionally-driven brothers, it will also shine with a climbing capacity of up to 100 per cent on suitable ground.

We are not sure what will the power figures of the electric motor that will power this behemoth. We expect there to be more than one electric motors given the high expectations of performance from the legendary G-class.

The future is undeniably electric!  Mercedes are ‘electrifying’ their entire range!

Along with the concept EQG they have also announced the electric successor to the E-Class – the EQE and the Maybach variant of their existing EQS the EQS Maybach, the first fully electric Maybach model.

If you are still not convinced with this whole ‘electric’ movement, we think you should know, there’s no stopping it.

Audi recently announced that every single model in their portfolio will be electric by 2026 and they will discontinue internal combustion engines entirely by 2033. Read about it here.

Still not sure of the benefits of an EV – check out our four part series on EVs coming soon! 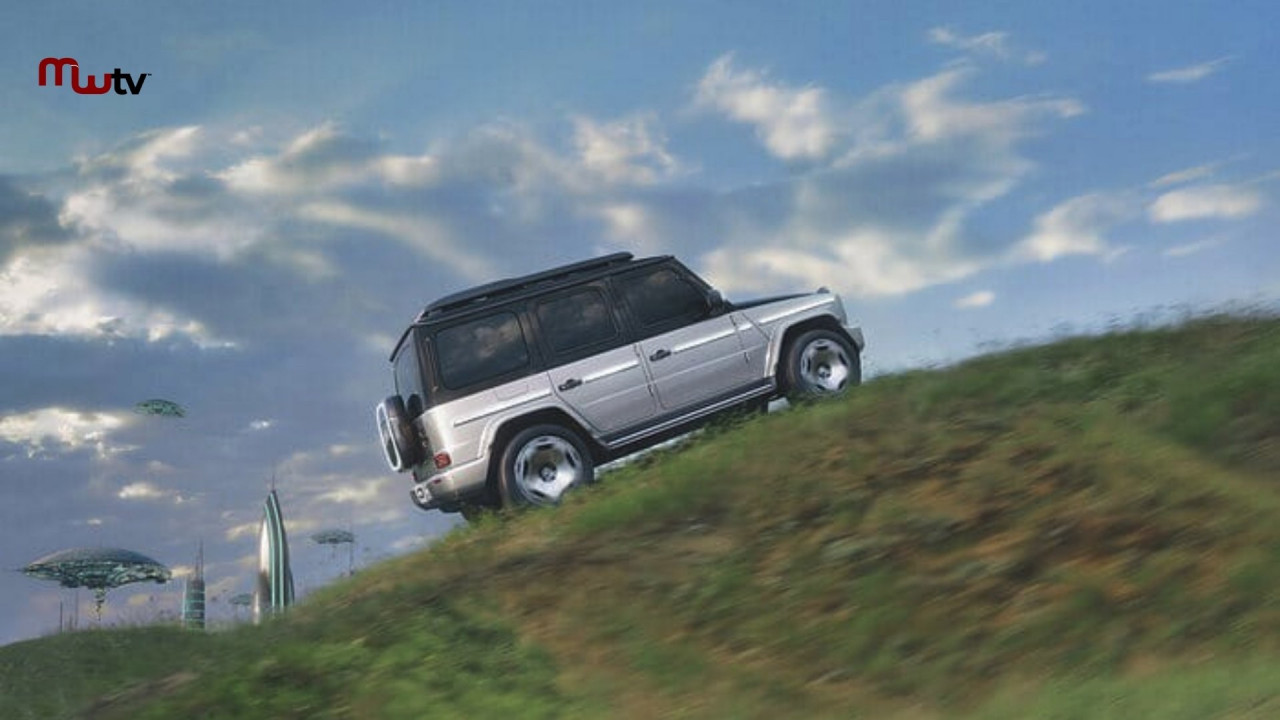 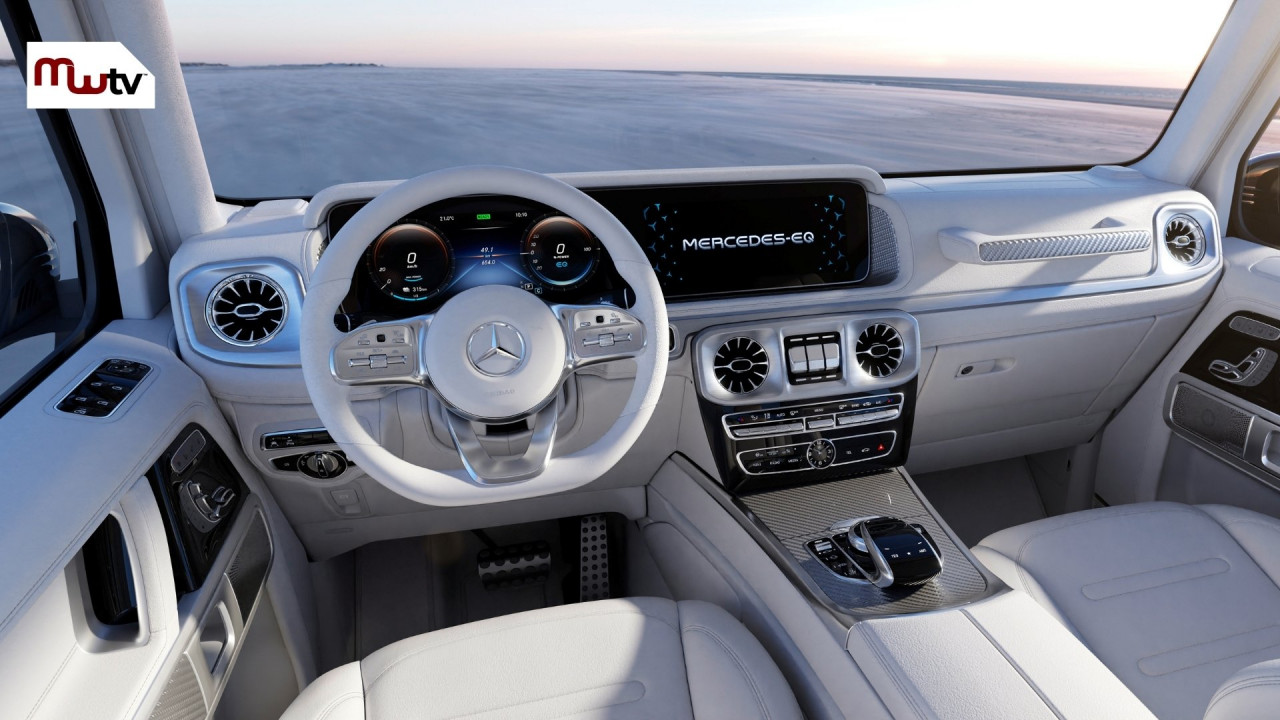 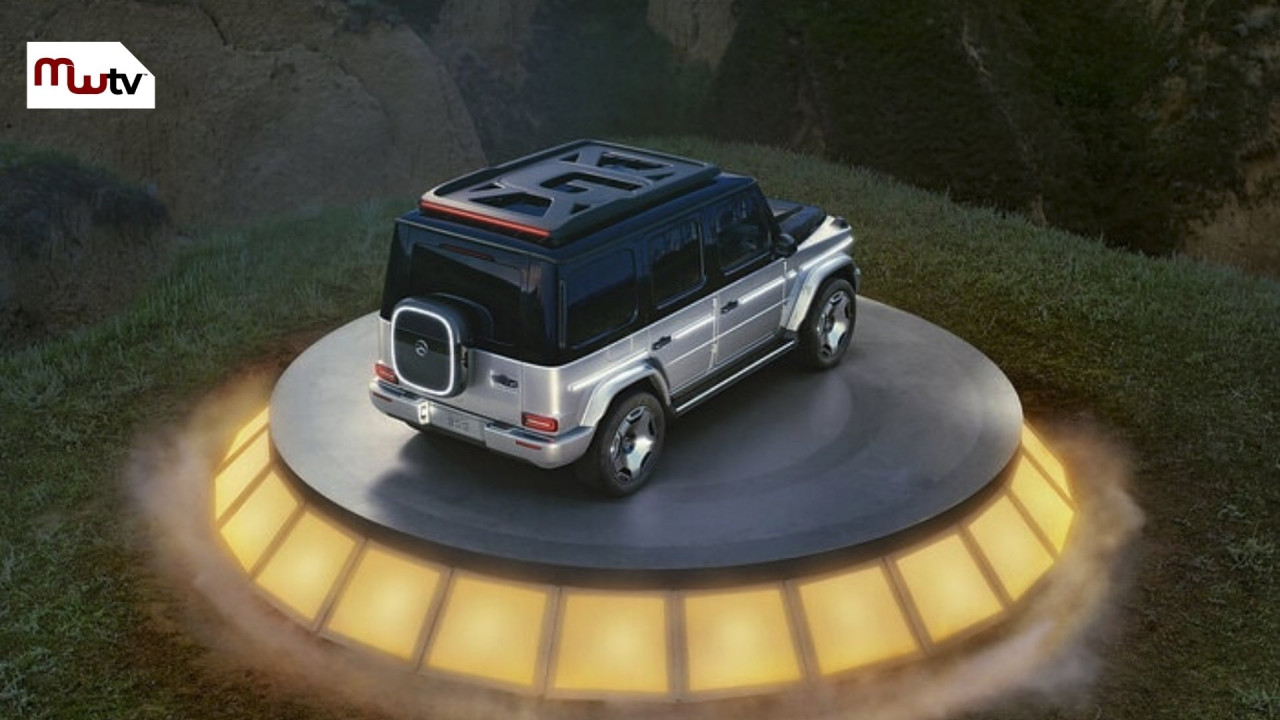 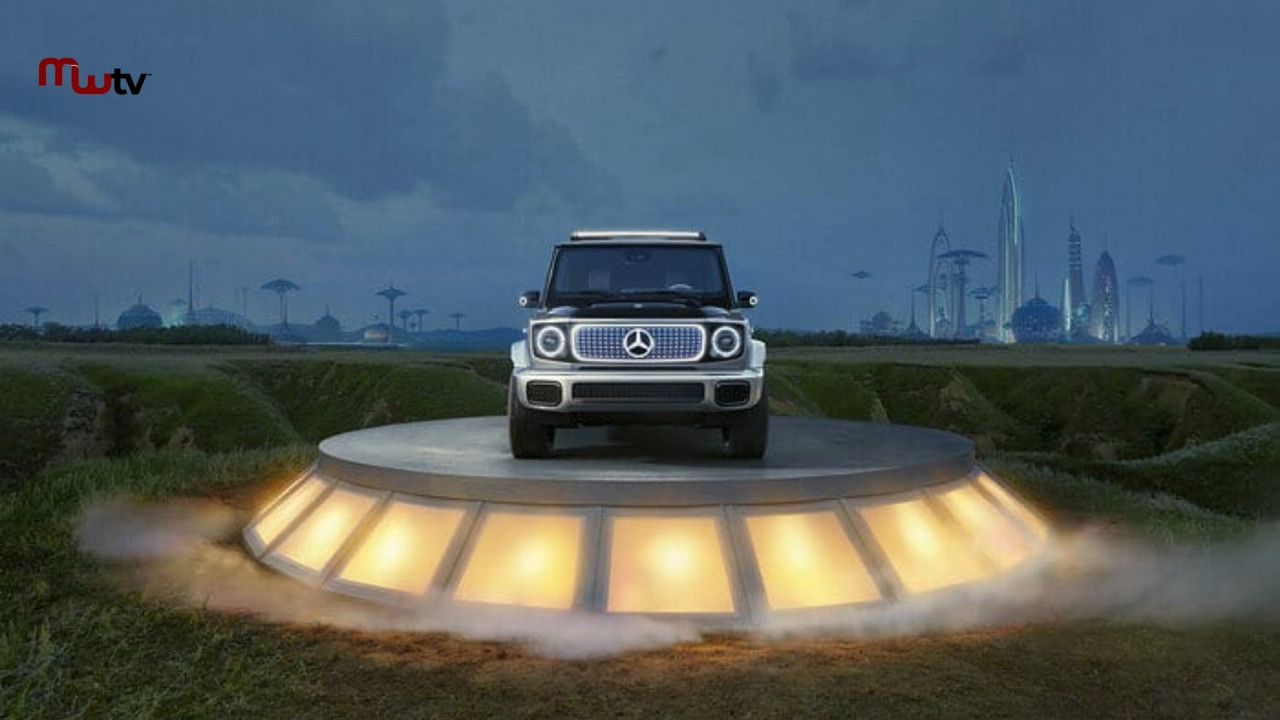 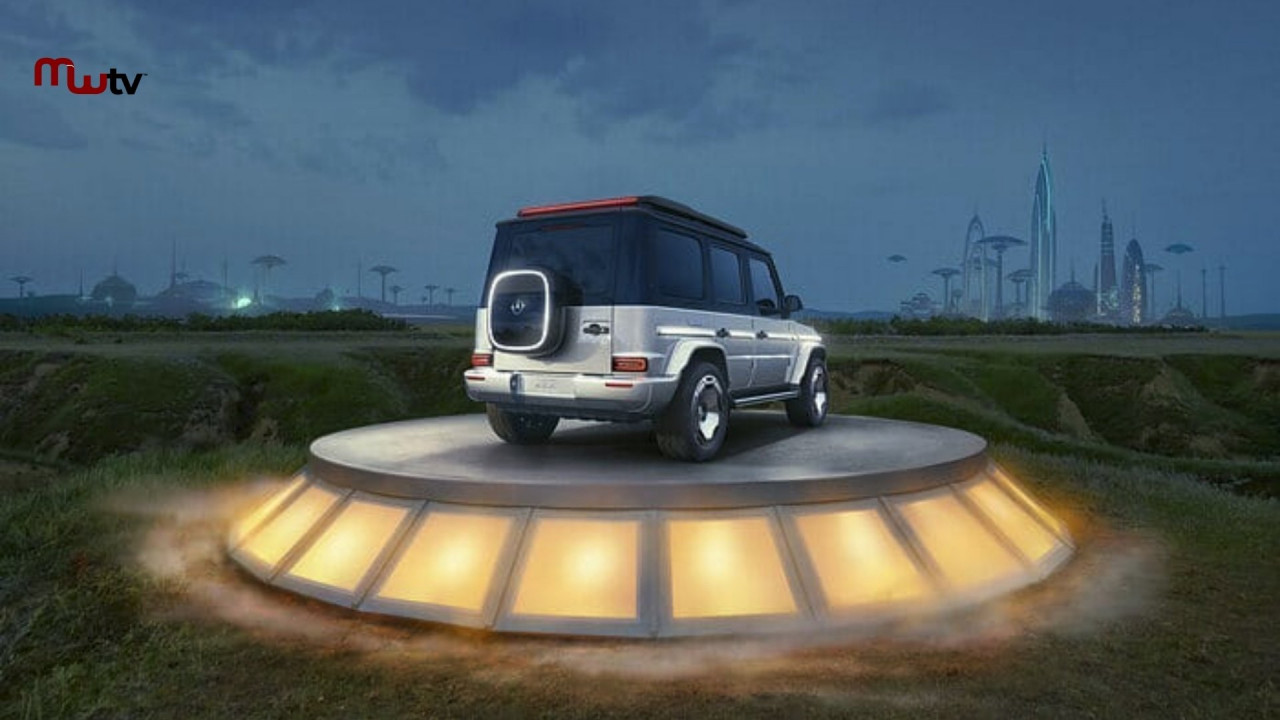 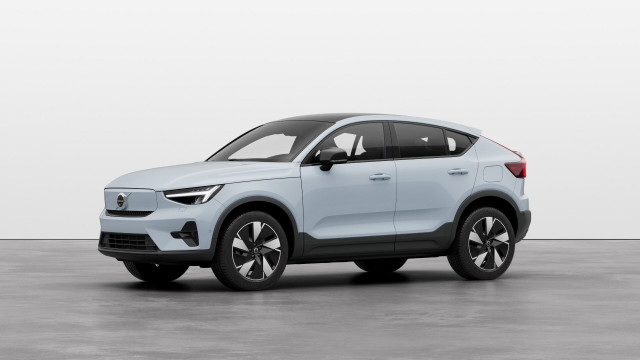 Volvo cars, in their 2023 updates with their entry level Recharge models, especially the XC40 Recharge and the coupe version, the C40 Recharge, have addressed just these issues- Range & Time to Rechar...