The 1984 Mercedes E-Class was one of the most over-engineered cars Mercedes has ever produced, also it was the most aerodynamic car of its time with a drag coefficient of 0.28cd. But how does it stack up today - with the W213 Mercedes E-Class 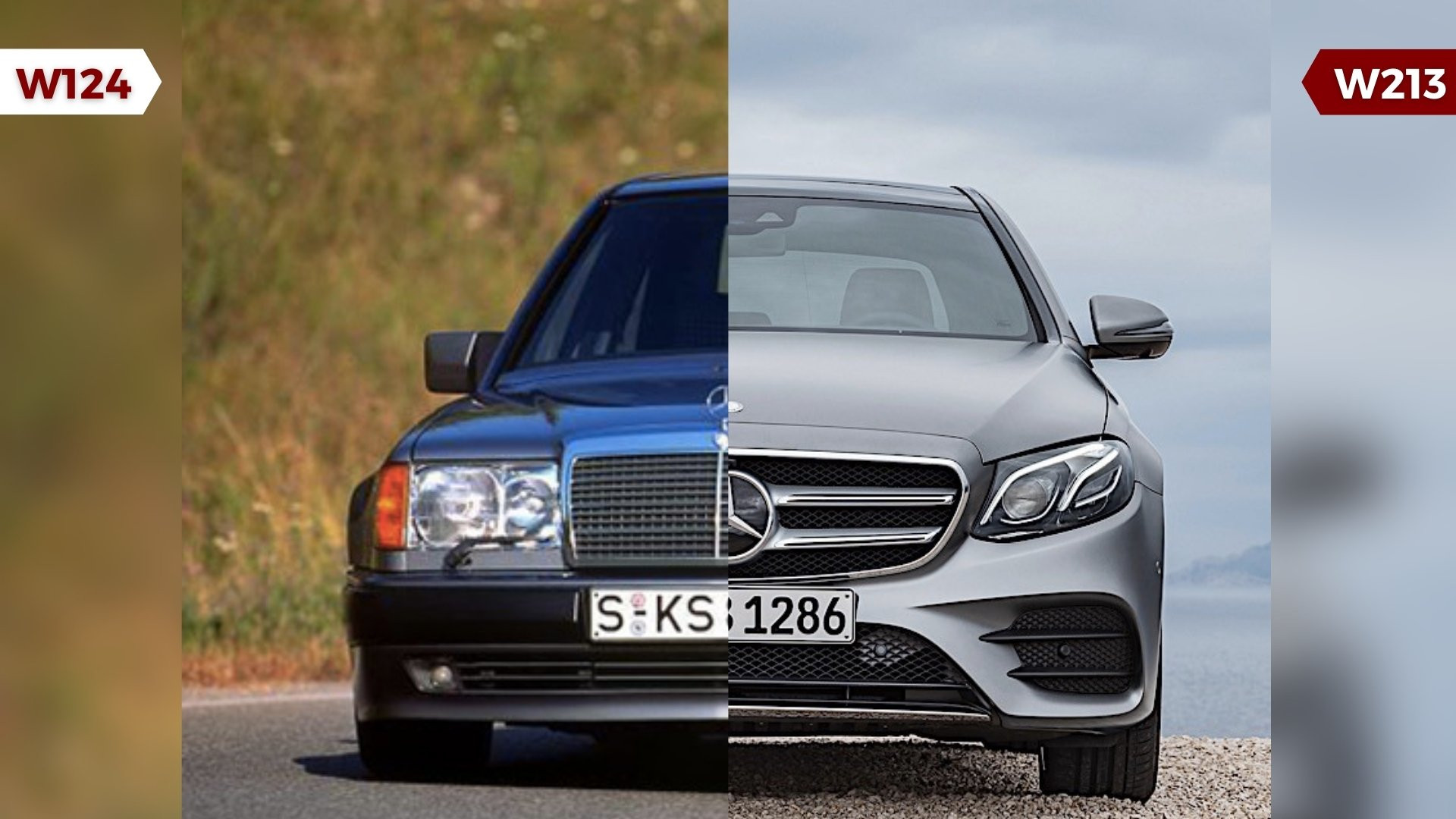 Globally the E-class is one of the highest-selling cars from Mercedes's stable and a very important offering from the German brand. The E-class is a luxury saloon from Mercedes which competes with the mid-sized luxury sedans like BMW 5 Series, Audi A6, Jaguar XF, Volvo S90 etc. When Mercedes first came to India in 1994, the first-ever car rolling off the assembly line was an  E-class W124 and very recently the 1,00,000th car to roll out from the factory was, you guessed it right, an E-class.

The history of E-class dates back to W120 of the 1950s, often called the Ponton. However, the name E-class came into existence only in the year 1984 with the facelifted W124. Mercedes launched the W124 for the first time in 1984 and kept refreshing it till 1996. It was one of the most over-engineered cars Mercedes has ever produced, also it was the most aerodynamic car of its time with a drag coefficient of 0.28cd. Mercedes engineers were given a free hand & they went bonkers with the development. It turned out that the W124 was a car with the reliability of a Toyota and the dynamics of a Mercedes. It was the first car to come with an Independent Multi-link rear suspension, the first car to feature Mercedes's famous 4Matic AWD, self-levelling suspension etc. It was developed on the modern architecture platform which allowed engineers to offer an Estate, Coupe, Long-wheelbase versions of the car on the same platform. The sedan version had the dimensions of 4740x1740x1428 mm LxWxH. The engines on offer were right from a modest 2.0L inline-4 to a monstrous 5.0L V8 engine on offer. Back in the days when AMG was not officially acquired by Mercedes, AMG came up with the 6.0L W124 300E Hammer project. Only 12 units of the car were made and these cars go at anything more than 200k Euros at auctions now.

A Mercedes built by Porsche: 500E

It was happening for the first time in history that a Mercedes development involved Porsche AG and so much so that it rolled out of Porsche's factory in Zuffenhausen, Stuttgart. Mercedes wanted to develop a powerful version of its iconic W124 and they wanted to plonk in a 5.0L V8 from Mercedes SL. The problem was that the engine was too big for that chassis and the assembly line of Mercedes at Sindelfingen was too narrow to accommodate the wide-body of the car. To keep up with the power, the 500E needed better brakes, suspension and differential. Since Mercedes was already busy with new S-class development, the project responsibility was given to Porche. The end result was a Mercedes with a naturally aspirated 5.0L V8 producing 326 BHP and 480NM(big numbers for the time), with chassis-brakes-suspension tuned and developed by Porche.

The current iteration of the E-class W213 has a big legacy to carry on its shoulders and the sales speak for themselves. The new generation Long wheelbase E-class was launched in India in 2017 and it received a facelift in March 2021. The E-class is the epitome of luxury in India under the 1cr price bracket. Mercedes was so serious about the Indian market that it launched the long-wheelbase version of the E-class in India. Only India is the market in the world that gets an RHD Long-wheelbase E-class. The dimensions of the car are as generous as the previous generation S-class at 5075x1860x1495mm LxWxH and a class-leading wheelbase of 3079mm. The car comes with one petrol engine & two diesel engine options. The Petrol E200 2.0L inline 4 petrol motor produces 192BHP & 320NM of torque while the range-topping E350d 3.0L Diesel motor produces a whopping 286BHP and 600NM of torque. The car is capable of hitting 0-100 in brisk 6 seconds and has a top speed of 250kmph (electronically limited). The car comes paired with Mercedes's state of the art 9-G Tronic gearbox making it a versatile engine-gearbox combination for every driving situation. Mercedes also offers the full-blown performance editions of the E-class as AMG E53 & AMG E63 4MATIC+.  The E63 comes with a 4.0 V8 Twin Turbo producing a staggering 612BHP & 850NM of torque, it can reach 0-100 in a matter of only 3.4 seconds. That's some supercar level performance from a 4 door family sedan.