Max Verstappen has once again taken the lead in the drivers’ standings, after winning the Dutch Grand Prix at Zandvoort over title rival Sir Lewis Hamilton, sending his home fans into ecstasy, as the second Mercedes of Valtteri Bottas completed the podium. While Mercedes Benz AMG team still retains the constructors title leadership for now. 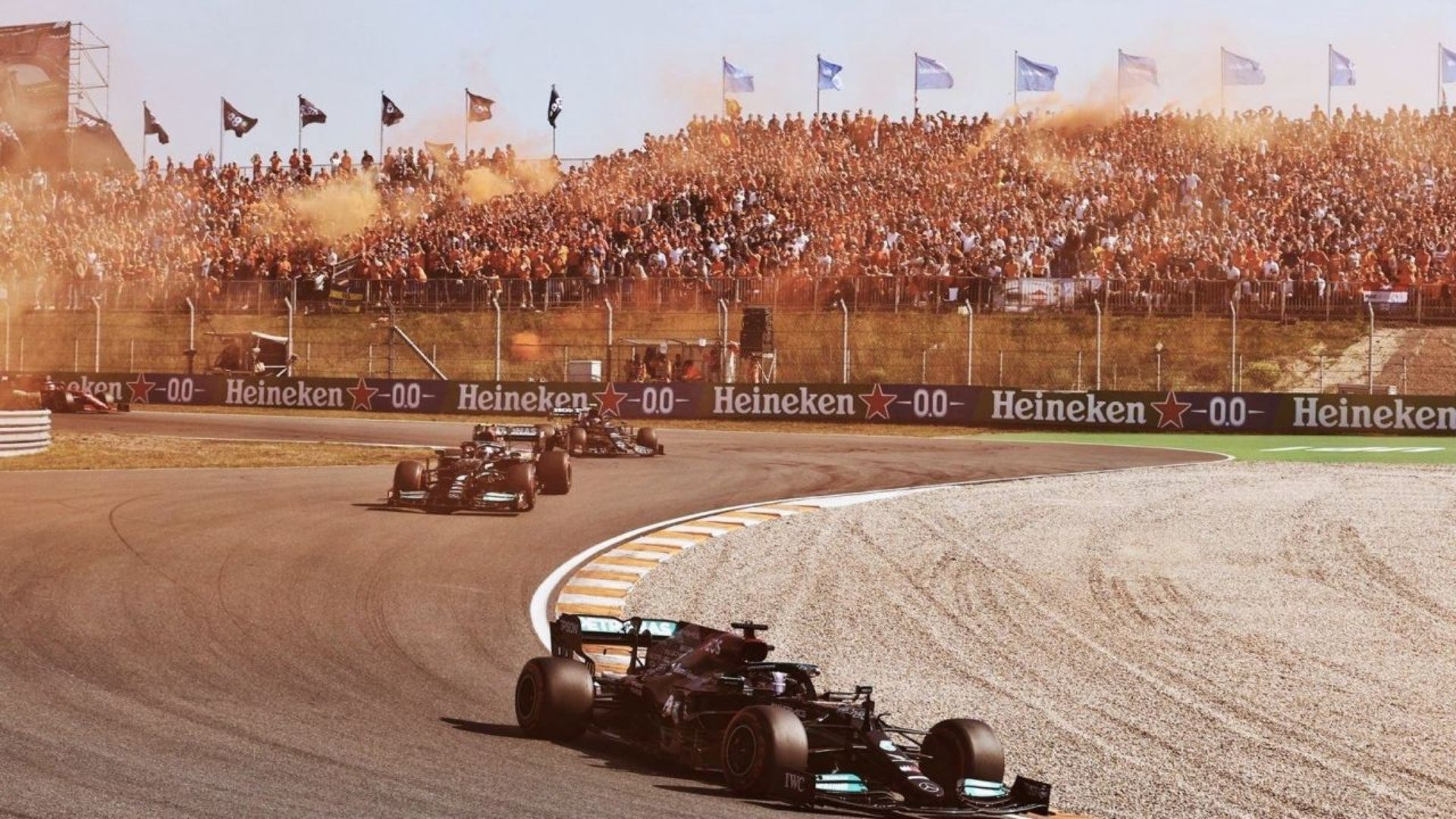 Max Verstappen has once again taken the lead in the drivers’ standings, after winning the Dutch Grand Prix at Zandvoort over title rival Sir Lewis Hamilton, sending his home fans into ecstasy, as the second Mercedes of Valtteri Bottas completed the podium. While Mercedes Benz AMG team still retains the constructors title leadership for now.

After stunning qualifying lap with lap record on Saturday during the qualifying on technically tricky Zandvoort Lap, which saw many going off during the practice sessions as well as qualifying, Sunday was going to be exciting for sure as we had Lewis Hamilton alongside Max Verstappen.

Max had positioned his car slightly towards the right after the formation lap pointing directly towards Lewis to cover him off and he did well as the light went out. Infact the top 3 got on evenly with no drama what so ever at the beginning. By the end of Lap 01, Max was comfortably in the lead with almost 1.7 seconds off Lewis’s Mercedes, which helped him cover off any DRS threat, infact 3 laps down, Max was almost 3 seconds clear of Mercedes, such was the pace advantage Redbull was having over Mercedes.

There was enough and more drama in the mid field too. The only real drama centred around Alpine’s Fernando Alonso, who narrowly avoided contact with Williams’ George Russell into Turn 2 before using his Indy 500 experience to swoop through the banked Turn 3 on the high line, allowing Alonso to climb from his P9 grid slot to P7.

If not on the track, then at the pit-wall is the modern day mantra at F1. Mercedes took a strategy call of getting in Lewis earlier at Lap 21 to send him out on the set of fresh mediums to charge against the bulls, but a botched up pit stop (3.6 seconds stationary) ensured that, an early pit stop did not work out for him, as the Redbull team responded by calling in Max in the very next lap and pulled out a stunning pit-stop (2.7 seconds stationary), as they always do. That further gave Max an advantage.

With one strategy failed, Mercedes reacted to Scenario 2 by keeping Bottas out for long, who would try and hold back Max. By Lap 30 Max was behind Bottas and well within the DRS Range. That strategy did work, as it allowed Lewis to come that much closer and into DRS range of Max, but then he was not able to capitalise on the opportunity, as unfortunately by the time Lewis cleared Bottas, he got stuck in traffic and Max was well ahead of the traffic.

While all the drama that was happening upfront, there was one driver who was quietly going about doing his job of overtaking cars after cars lap after lap and that was Sergio Perez. No wonder, he picked up the driver of the day award. & every time Perez overtook a car he uttered, “ It’s done, Let’s go, who’s next? Starting from the pit-lane and to finish 8th, that’s a hallmark of future champion in the making.

Meanwhile, as Sebastian Vettel, was attacking the Alfa Romeo of Kubica, spun at Turn 3, almost getting collected by the Mercedes of Bottas and AlphaTauri’s Yuki Tsunoda. And Fernando Alonso passed Carlos Sainz on the last lap a battle which was going on for almost 10 to 15 laps.

Last 10 laps, there was intrigue to come, though, as Bottas was brought in for a pit stop on Lap 67, but told not to attempt to go for fastest lap on his soft tyres. Bottas appeared to ignore that piece of advice, duly claiming it despite protestations from Mercedes Chief Strategist James Vowles. However, Hamilton would then render Bottas’ dissention moot as he stopped for softs on Lap 70, and set the fastest lap himself on the final tour, giving him that one extra much needed point.

To the fans delight as Max claimed victory and Hamilton and Bottas took P2 and P3, another star performance was that of Pierre Gasly, who held onto the fourth place he’d started in, holding off the Ferrari of Leclerc.

From here, the teams move to temple of speed- Monza. Will the bulls dominate there too? Or will Mercedes have any answers. Stay Tuned.

Meanwhile do you all know that Monza is home turf for Scuderia Ferrari, and to read more about the team which has the most fan following across the world, CLICK HERE- The Prancing Horse Story 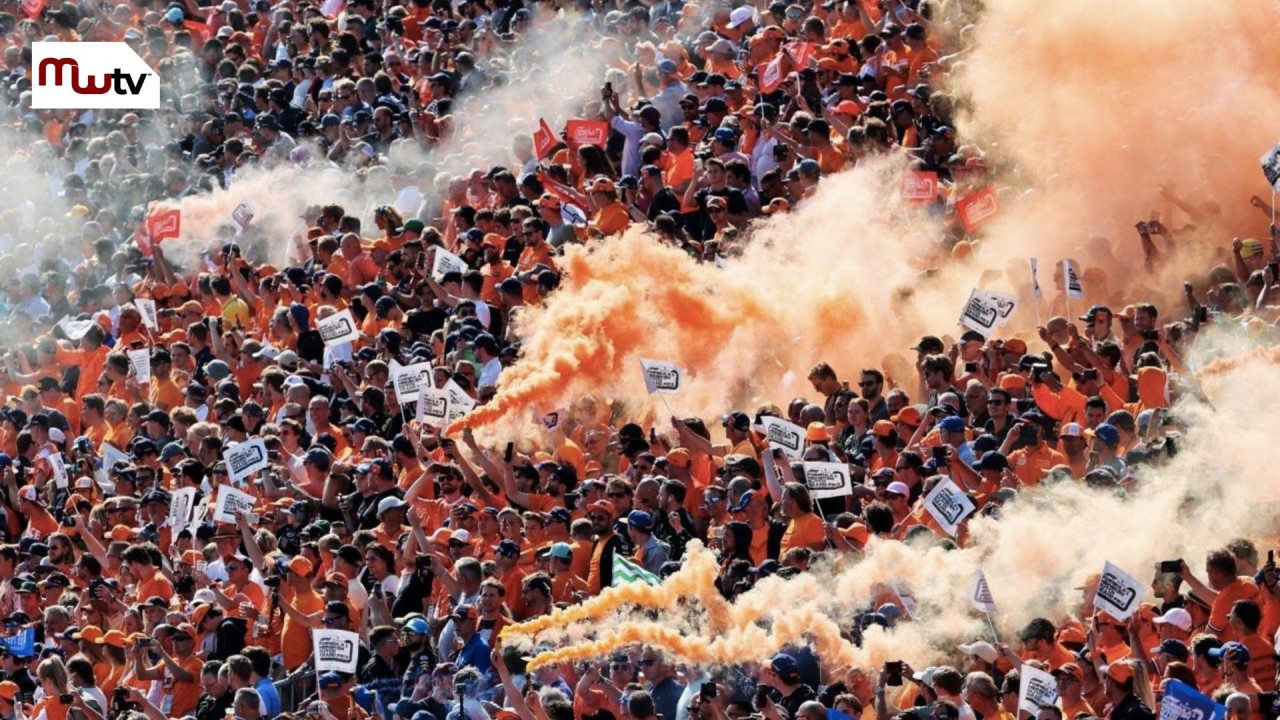 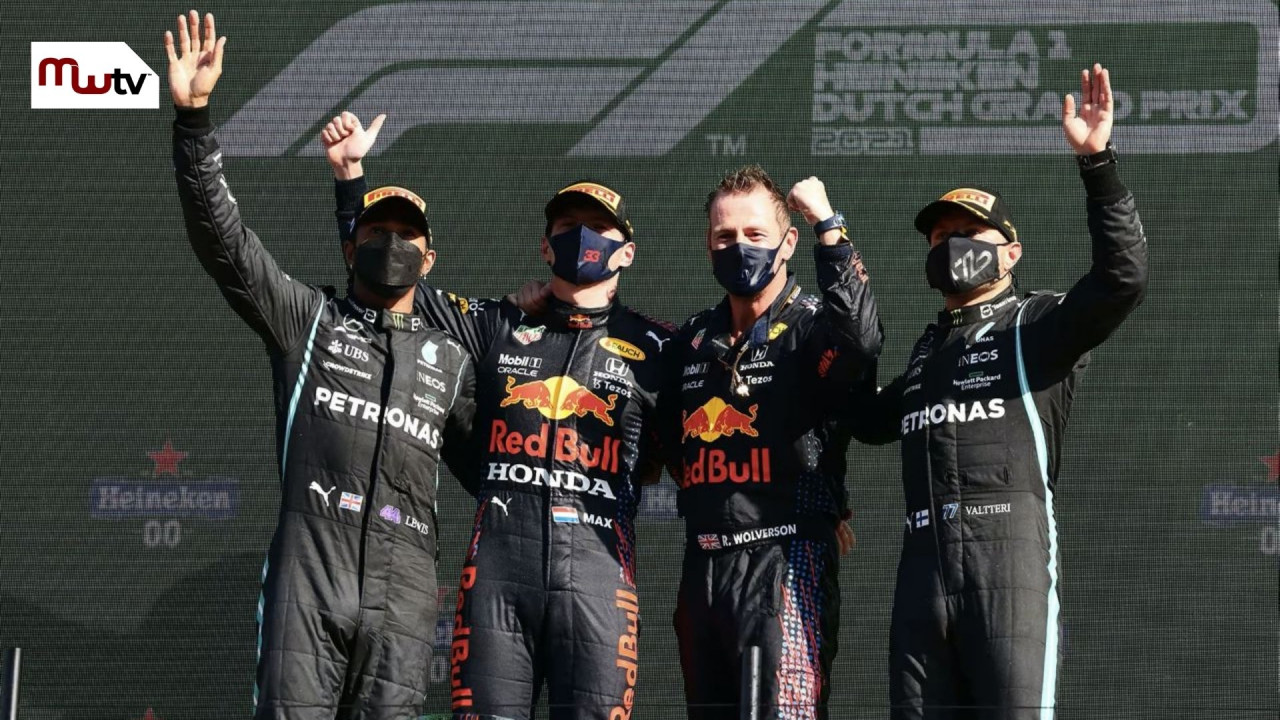 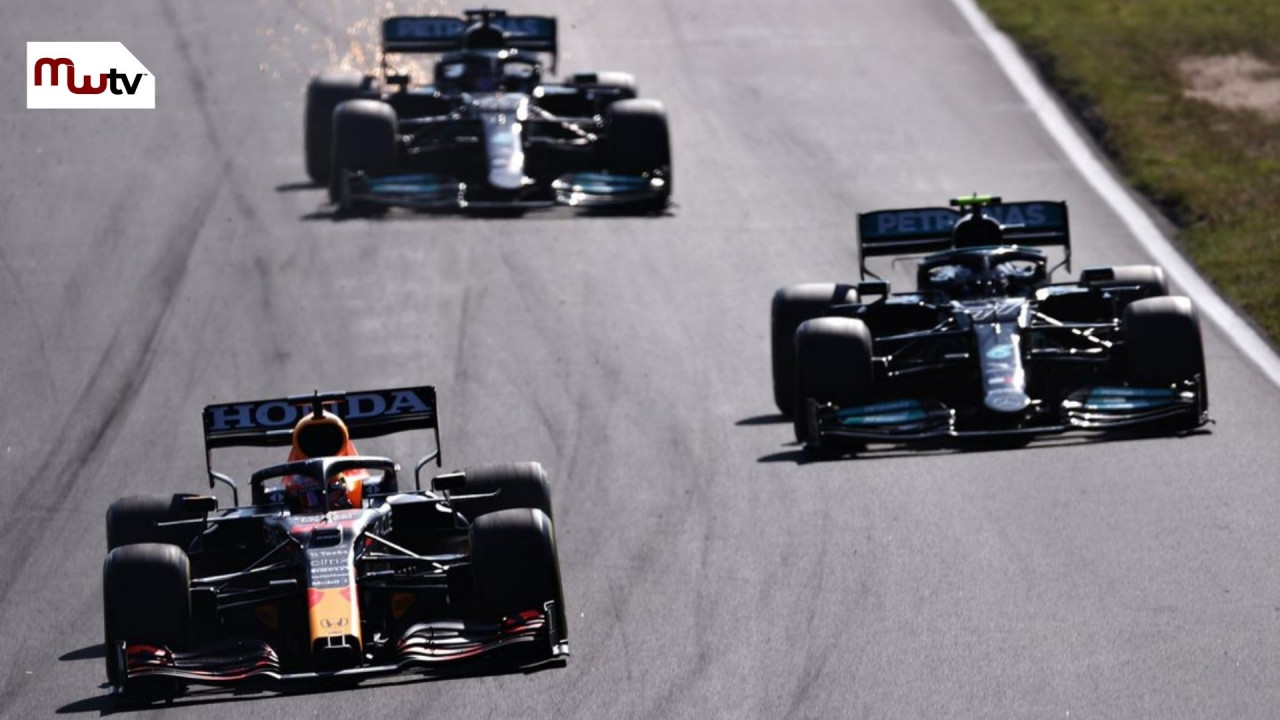 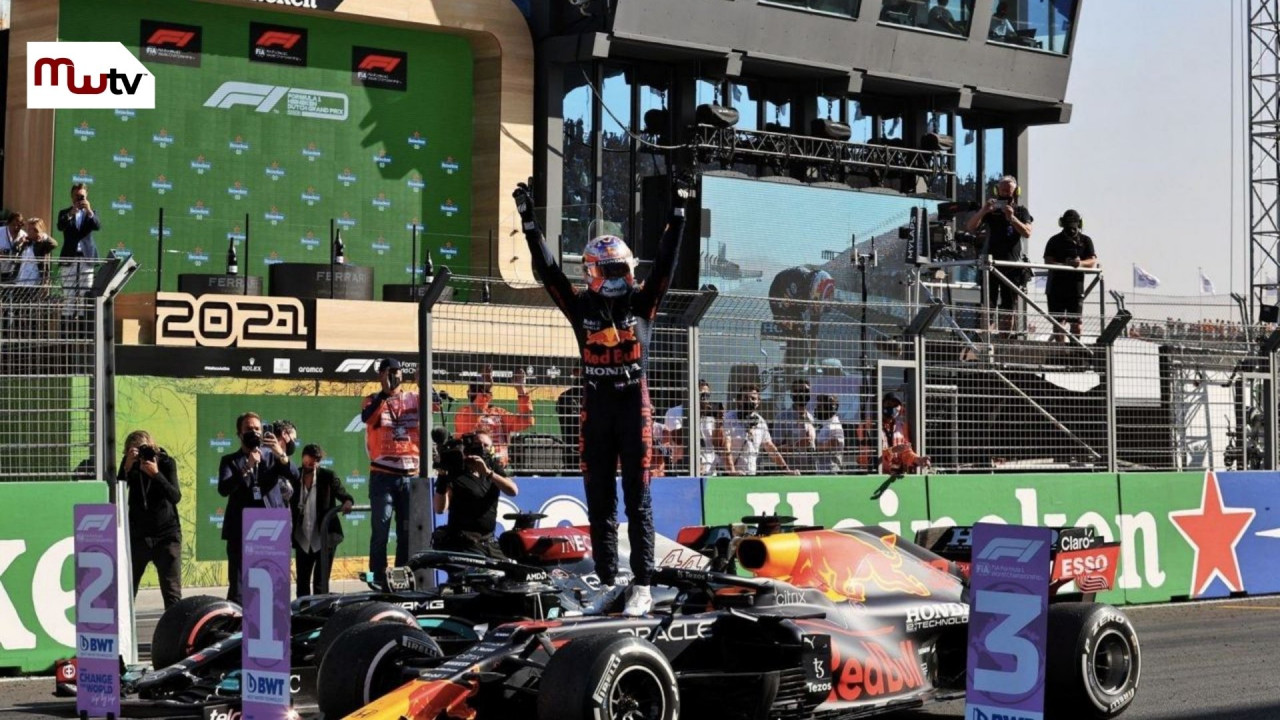 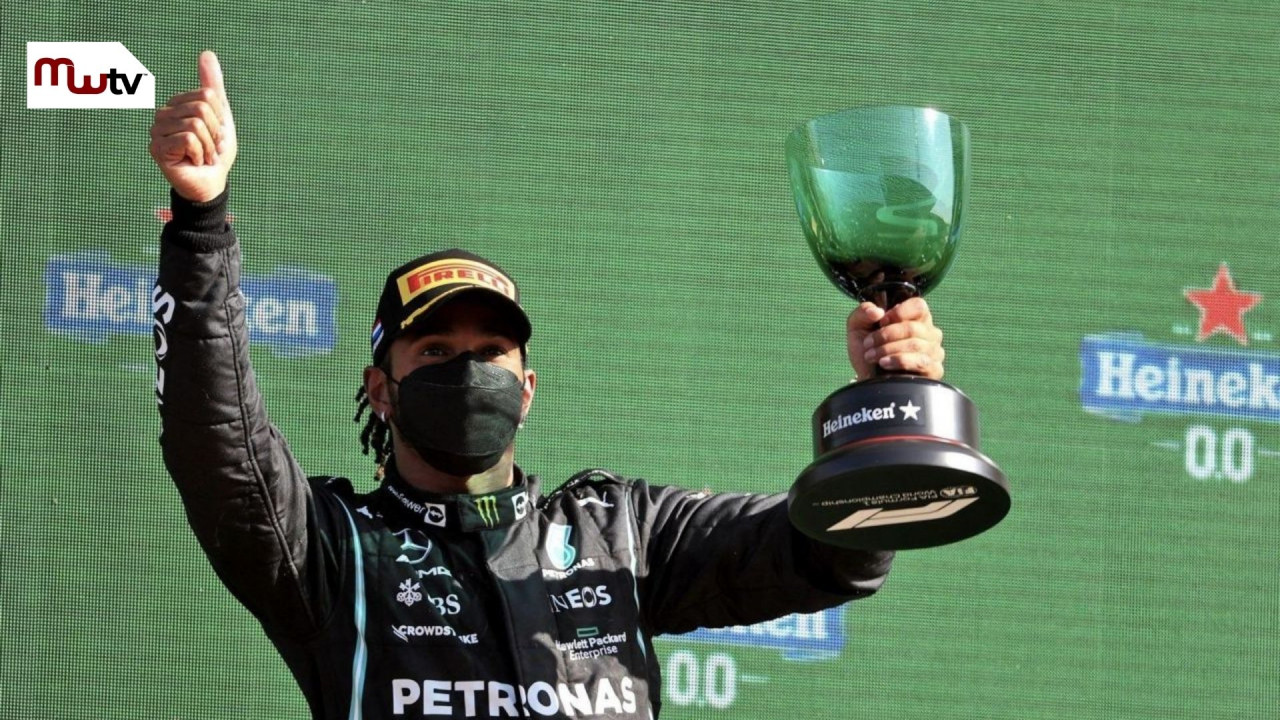