The Red Bull Racing Team was born in 2004 when Dietrich Mateschitz, the billionaire behind the soft drink Red Bull, bought Jaguar Racing from Ford Motor Company. Since the very beginning to this day, Christian Horner remains team Principal to Red Bull Racing. 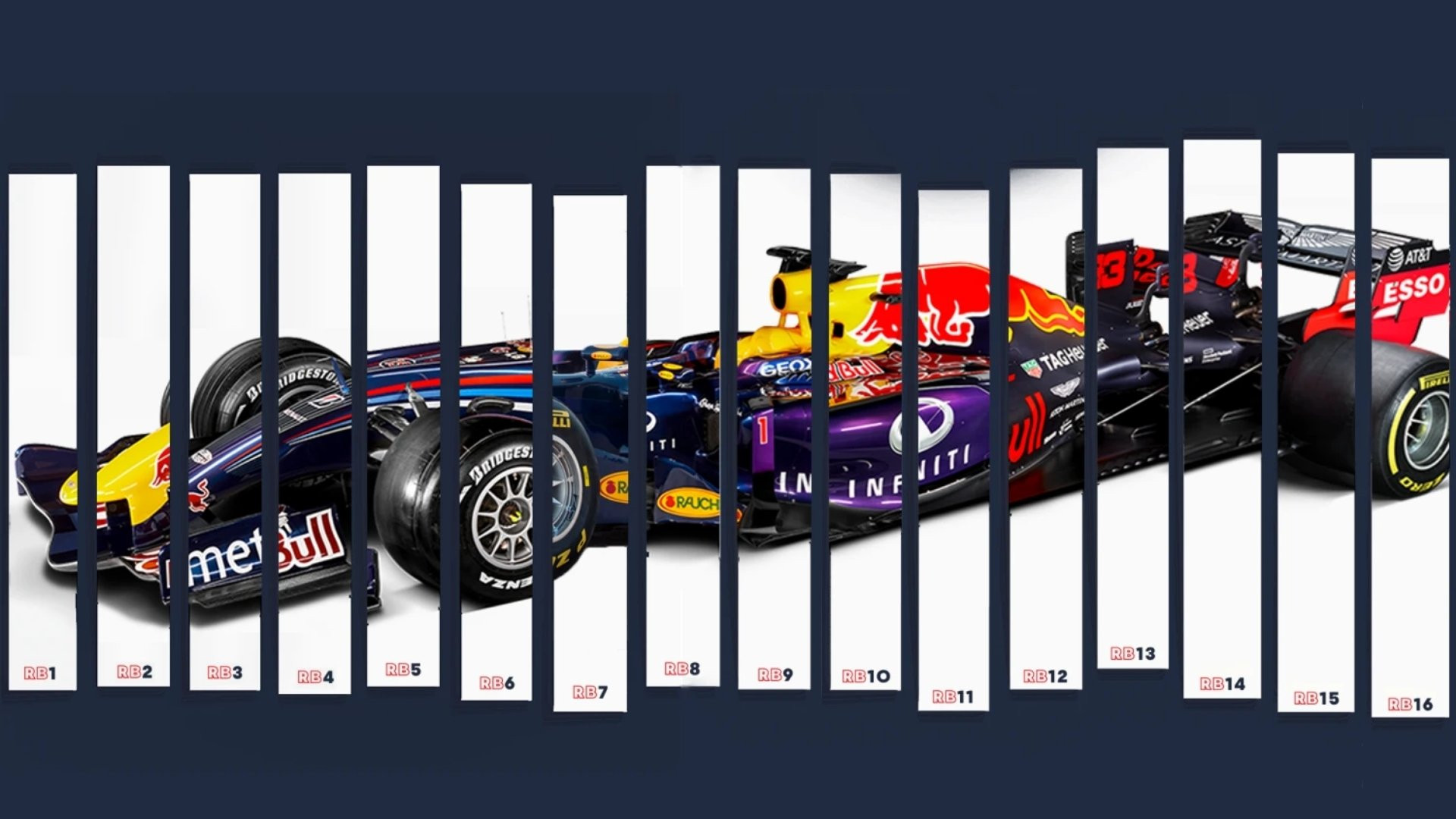 The Red Bull team traces its origins back to the Stewart Grand Prix which debuted in 1997. In the late 1999, Jackie Stewart sold his team to Ford Motor Company and they decided to rename the team Jaguar Racing. The team did not perform very well gaining very little success over the tenure of 5 years and so, Ford thought it best to sell Jaguar Racing Team.

Dietrich Mateschitz, the billionaire behind the soft drink Red Bull, agreed to purchase Jaguar Racing from Ford in 2004. The company had previously sponsored several F1 drivers and finally, in 2005, Red Bull formed their very own F1 team. However, this was not the start of Red Bull’s participation in F1, they were one of the major sponsors of Sauber from 1995 to 2004. However, after buying their own F1 team, Red Bull had to end its long-term partnership with the Swiss team. The company also runs a young driver’s programme called the Red Bull Junior Team, where Red Bull sponsors promising young drivers.

Dietrich Mateschitz appointed Christian Horner as the youngest Principal to the team who did not fail to signal his determination to win by hiring the man who crafted world championship winning cars for Williams and McLaren Adrian Newey. The initial driver line-up was a mix of youth and experience:  David Coulthard provided the latter, led the team, while the second car was shared by two of its young sponsored drivers: Christian Klien and 2004 F3000 champion Vitantonio Liuzzi were the former. At first, it was announced that Klien and Liuzzi were to swap driving duties every four races, but by the end of the season, Liuzzi had appeared only four times.

The first year in Formula1 for Red Bull was a massive success as compared to its herald, Jaguar Racing. They were sixth in the Constructor’s Championship for majority of the season, only beaten by BAR Hondas at the end of the season. They bagged 34 points overall, more points than Jaguar had in 2003 and 2004; they were even occasional podium challenger for most of their debut season.

It was in 2006 at the streets of Monaco where David Coulthard scored his first podium for the team, finishing third. For 2007, Mark Webber joined Coulthard in the second Red Bull car. The team finished fifth in 2007 but undesirably fell back to seventh again in 2008 despite a podium scored by David Coulthard in Canada. Little did they know, everything was going to change in 2009.

Sebastian Vettel replaced David Coulthard as he retired at the end of 2008. The young German driver joined through the Red Bull Junior Team and was already a race winner in a Milton Keynes-designed Scuderia Toro Rosso car. The same year, FIA announced a major reset in the sport’s aerodynamic regulations and the new rules gave Red Bull Racing’s technical team, led by Adrian Newey, the chance to shine. The RB5 they produced turned out to be winner and Vettel took the team’s first GP victory, leading Webber in a 1-2 finish at the Chinese Grand Prix.

The following year saw RBR achieve the ambitions which were set out five years earlier. Driving the RB6, Webber and Vettel were the class of the field in 2010 and title contenders from the start. Their consistent podium finishes got the team a first title, the Constructor’s Championship at the second-last round in Brazil. Both drivers went head on at the final race in Abu Dhabi with a shot to achieve the Driver’s crown. Vettel triumphed, winning the race to become F1’s youngest ever World Champion. 2010 was just the first season of a striking four-year spell where despite tight battles and fightbacks from other teams, Vettel and RBR gained four consecutive Driver’s and Constructor’s titles from 2010-2013.

In 2014, the new hybrid power units brought change in the established order, and RBR dropped down to the ground. The RB10 lacked the competitive edge due to limitations on the horsepower brought on by the new rules. Nevertheless, the car was good enough to give Daniel Ricciardo, who replaced the retiring Webber, alongside Vettel for this season – scored his first, second and third F1 victories. Ricciardo outscored his 4-times World Champion team-mate to finish third in the standings, but also slimly outqualified Vettel. Their new driver was flying high.

Vettel left the team at the end of 2014 and Daniil Kvyat, another product of the Red Bull Junior Team replaced him. Like Ricciardo and Vettel, Kvyat had also developed his skills at Scuderia Toro Rosso before joining RBR. It was a sketchy season and the team finished fourth in the Constructor’s Championship. In 2016, RBR moved back up the table again to second place. Ricciardo was third in the Driver’s championship once again – though everyone was talking about Max Verstappen. The young Dutchman was promoted from Scuderia Toro Rosso to replace Kvyat after four races of the season. He got off to the best start possible, winning his first race for RBR, the Spanish Grand Prix at the Circuit de Catalunya-Barcelona.

New regulations popped up in 2017 and 2018, and the team saw some high highs and low lows, with Ricciardo and Verstappen fighting a horsepower deficit to rivals despite some great drives. Riccardo left the team at the end of 2018 and Pierre Gasly made an entrance from Scuderia Toro Rosso for 2019, a season that marked a time of great change for Aston Martin-Red Bull Racing Formula One Team. After August 2019, RBR announced that Alex Albon would move to RBR for the rest of the season, replacing Pierre Gasly, who returned to Toro Rosso.

The team kept Max Verstappen and Alex Albon as their line-up for the 2020 season. Alex Albon scored his first-ever F1 podium at the Tuscan GP. But the team struggled to still find a replacement for Ricciardo. Alex Albon was given the title of reserve driver in 2021. To replace Albon, the team brought on the experienced Mexican Sergio Pérez, team-mate to Max Verstappen. Max took pole position at the season-opening Bahrain GP and was later outqualified by Perez at the Emilia Romagna GP, as of that race, Verstappen was one point behind the 7 times World Champion Sir Lewis Hamilton in the Driver’s standings. At the Monaco GP, RBR took lead of the Constructors championship for the first time since 2013 Brazilian GP. Currently, Verstappen is in the lead for the first time in his career, by 32 points from Lewis Hamilton.

Let’s stay tuned to see how the rest of the season goes! 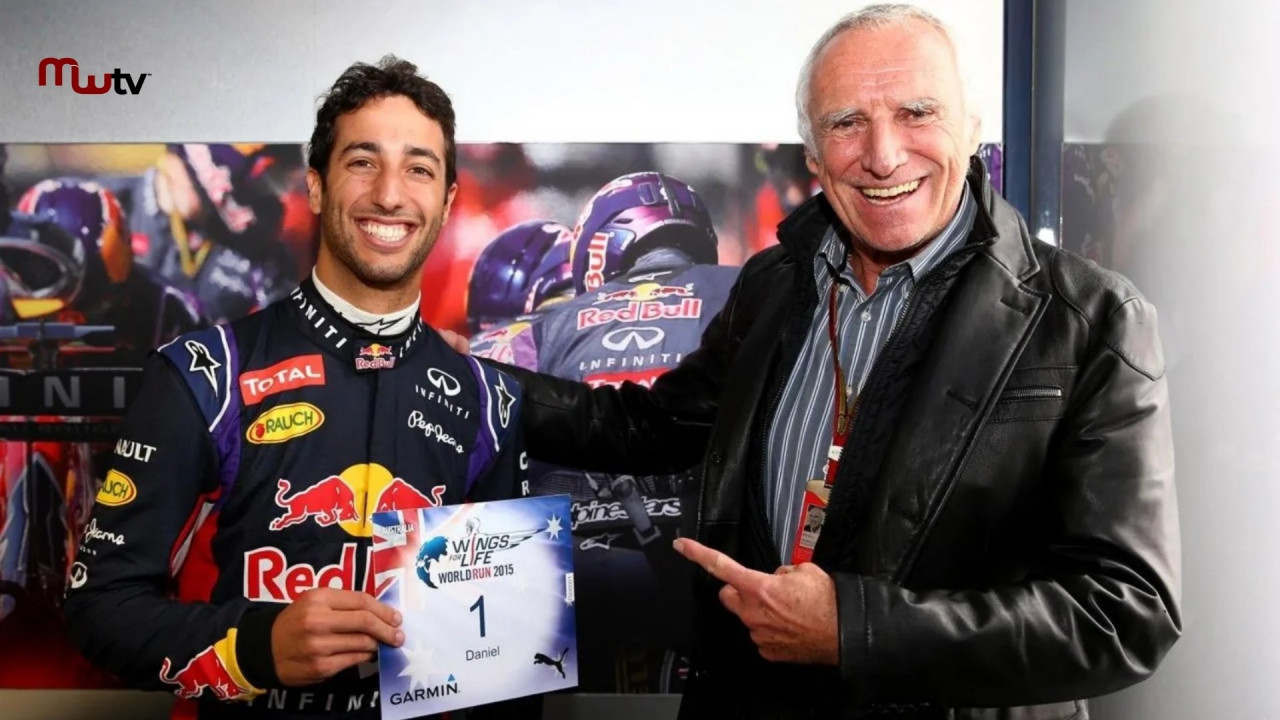 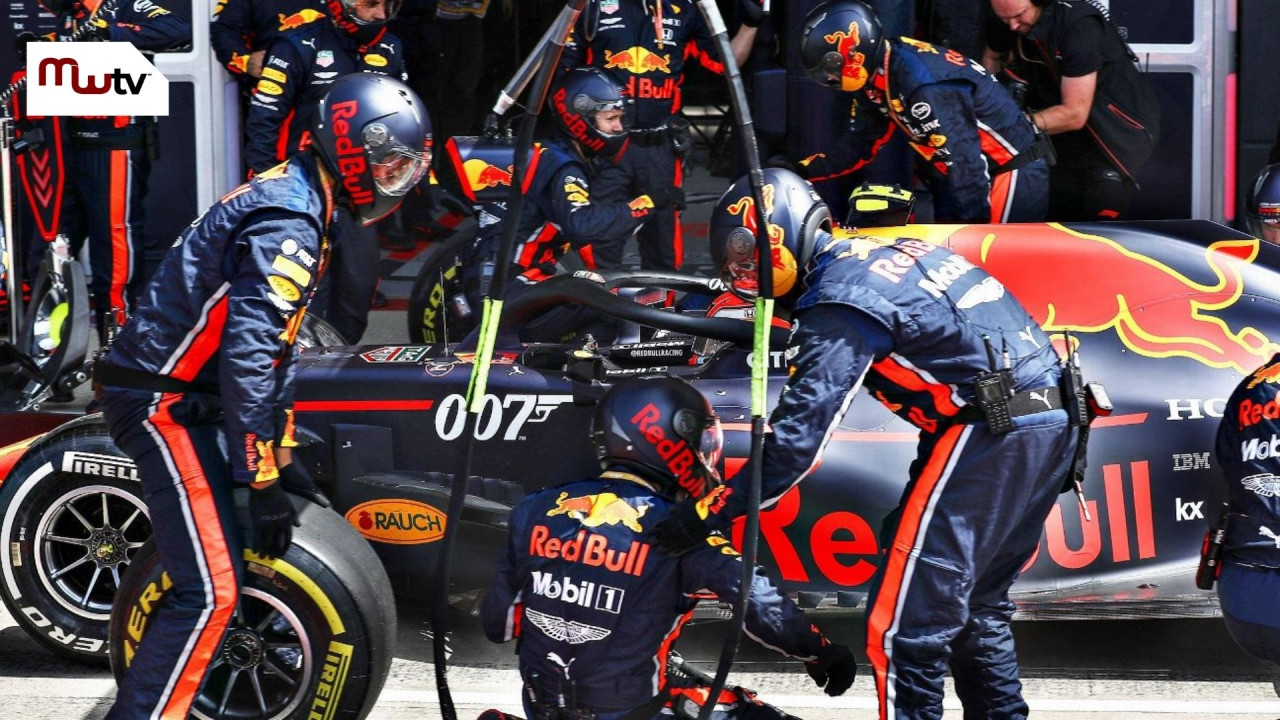 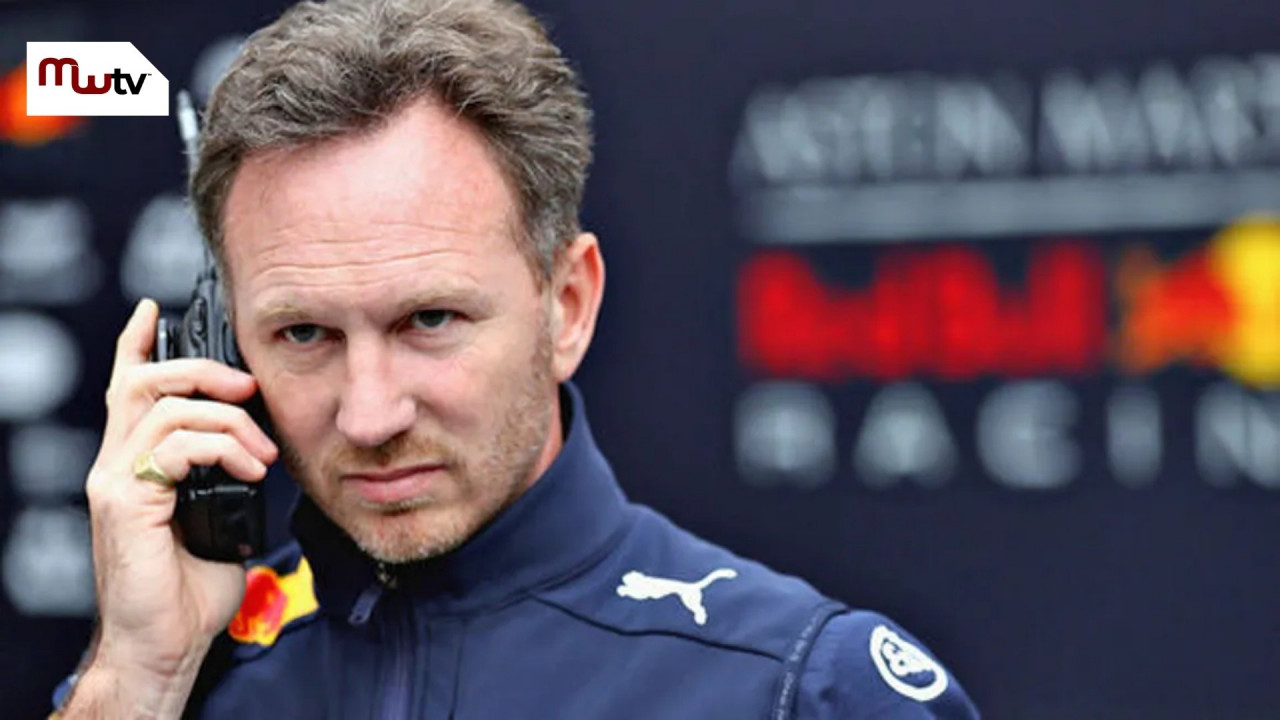 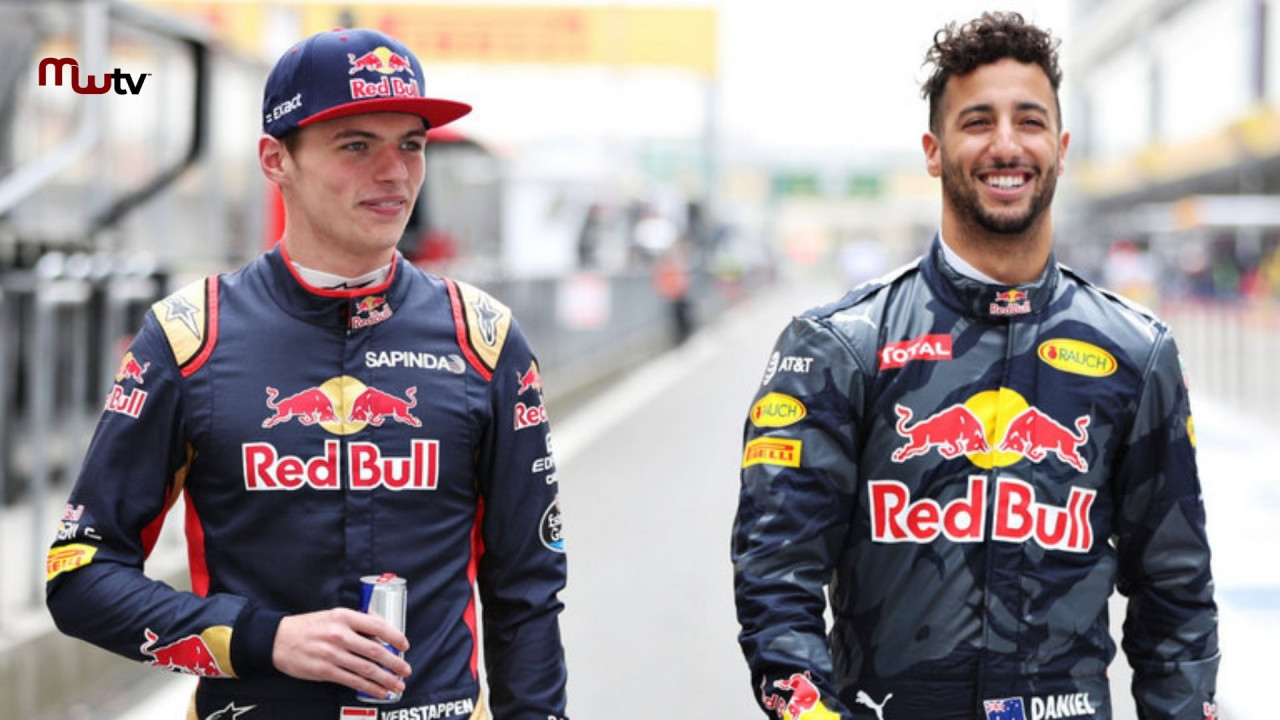 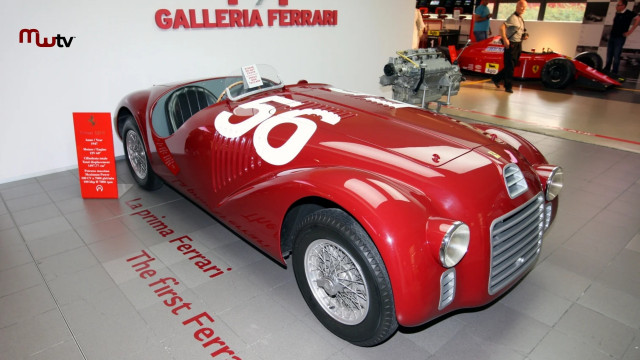 Scuderia Ferrari and Formula 1 racing have been inseparable. The only team to have competed in every season since the world championship began, the Prancing Horse has grown from the humble dream of fo...