The 2022 F1 season promises to be far more competitive due to the significant regulatory changes in the F1 rulebook. However, if the third race is anything to go by, this season is unpredictable. The last WC teams are struggling to keep up the pace. Read more to find out about the action-packed Albert Park race at Australia 2022. 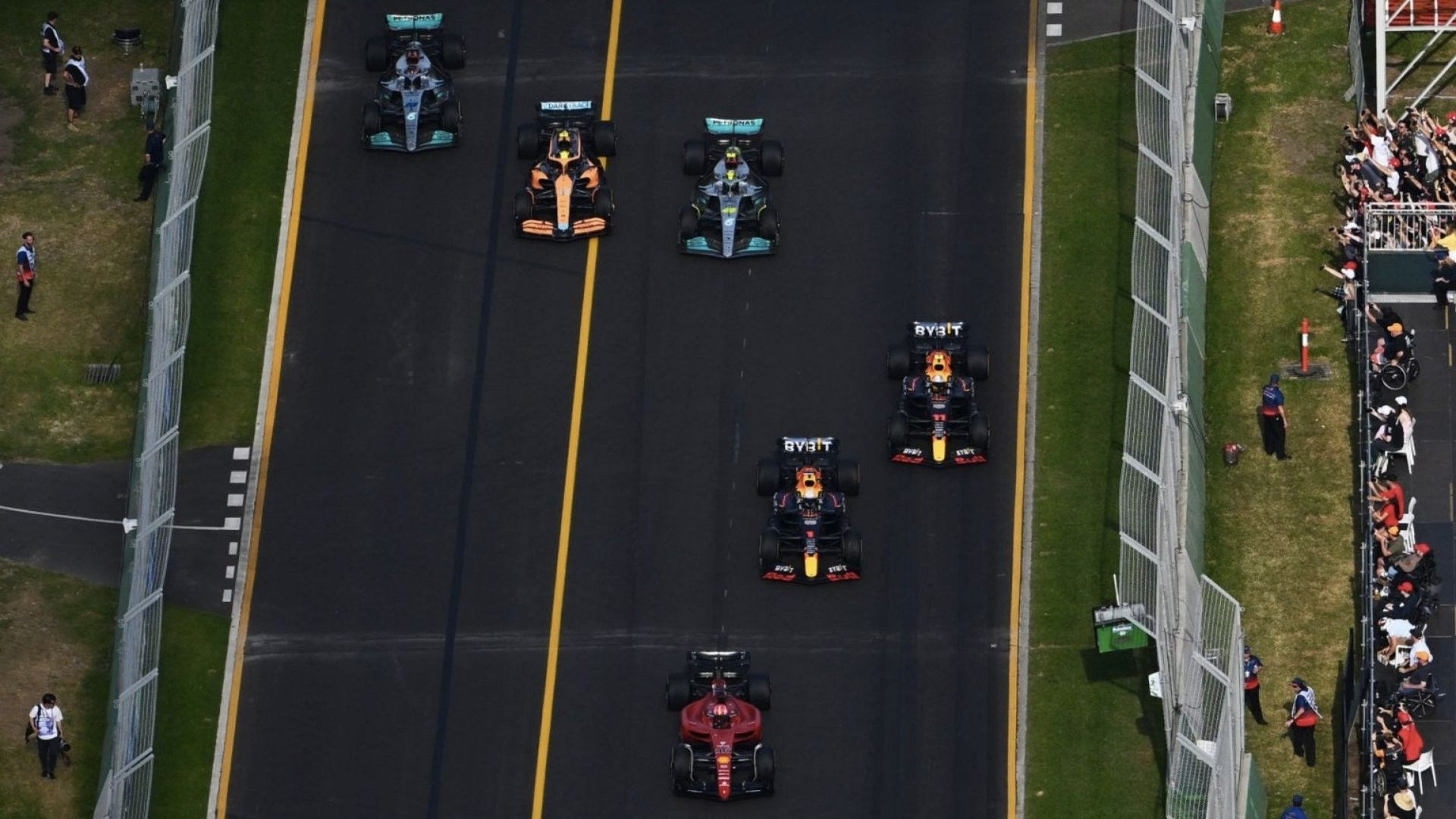 The 2022 F1 season promises to be far more competitive due to the significant regulatory changes in the F1 rulebook. However, if the third race is anything to go by, this season is unpredictable. The last WC teams are struggling to keep up the pace. Read more to find out about the action-packed Albert Park race.

Finally, after a 2-year gap from F1 due to covid, Australia is back on the F1 calendar. Going against the convention, the Australian Grand Prix was the 3rd race of the season instead of 1st. Albert Park is a temporary facility & can be pretty bumpy - though resurfacing for 2022 has improved matters. The circuit requires a well-balanced chassis, with several spots on the track where the drivers need a reactive front end to allow them to dart into the corners. Melbourne is also one of the faster tracks on the calendar, with Lewis Hamilton's 2019 pole lap set at an average of over 235km/h.

Leclerc's Ferrari F1-75 had a flying lap in the qualifications and secured the pole position in Q3. Challenging the Ferrari's pace in qualification were the Max-Sergio duo from the Redbull and the Mclaren's Lando Norris in 4th position completing the front two rows on the grid. Mercedes, as we know, is not there yet and are struggling to keep pace with Ferraris and Redbulls, only starting 5th& 6th. Sebastian Vettel made his 2022 debut here in Melbourne as he tested positive for covid before the Bahrain GP.

Lights out, and away we go, Charles Leclerc pulls a clean lead, and Lewis Hamilton moves up two places by overtaking Sergio & Norris. What a beautiful start to a race with minimal contact. Most cars started on Medium compound tyres, whereas few drivers like Alonso and Sainz began to on the hard compound.

Carlos Saiz mainly had a bad weekend, and he started 9th on the grid because he could not push his car in the Q3 due to a red flag. On the 2nd lap, turn 9, after overtaking Schumacher, he steered off onto the gravels and beached his Ferrari. A first Ferrari DNF for the season.

The first safety car of the race finally came out as Sebastian Vettel crashed his Aston Martin AMR22 into the barriers at Turn 4. Luckily everyone was safe. These F1 cars are getting safer by the days, but too much debris on the track & SC could not be avoided till lap 26.

What an exciting restart after the SC with Leclerc, Max, Russel & Alonso all fighting for P1. 2022 F1 regulations allow cars to have much closer racing as the new aerodynamics is designed in such a way that it pushes the dirty air upwards, thereby giving much better traction to the trailing car behind.

Leclerc made a comfortable 5+ seconds gap from the Championship rival Max, and RB18 cannot even attempt a overtake move on the red Ferrari. Right behind, we see Sergio Perez making a clean move on the Mercedes's Russell to move up to 3rd position. Such easy overtakes raise the question of Mercedes's future?

What a shame! What a pity for the Austrian team. It's the second retirement for Max Verstappen in just three races. In turn 1, Max's radio says, "I smell some weird fluid. Everything is **** itself". In Bahrain, we saw both the cars retiring and a DNF for Max in Australia. So three races and 3 DNF is concerning for the team and its power units user Alpha Tauri.

Charles Leclerc takes the fastest lap of the race at 1:20.260 and wins the Australian Grand Prix. Perez finishes on the podium and takes second place. George Russell takes his first podium of the season and finishes ahead of the 7-time world champion Lewis Hamilton. The gap between the Ferrari and Redbull was 20 seconds despite the safety car in the race. This establishes that Ferrari is the team to watch out for this season.

Interestingly, Albon of Williams stayed out for 57 laps on the hard compound tyres and pitted just before crossing the finish line in 10th position. Charles Leclerc started on the pole and led all the laps, with his 3rd podium, at 71. Leclerc has 34 points lead over Russell. Previous world champions Hamilton & Verstappen currently stand at a distance between 5th & 6th on the leadership board. With 19 races to go, it will be too early to predict the championship, especially when cars are so closely matched in their performance. However, it is an exciting season to watch where we don't have one team-one driver dominating all the races. 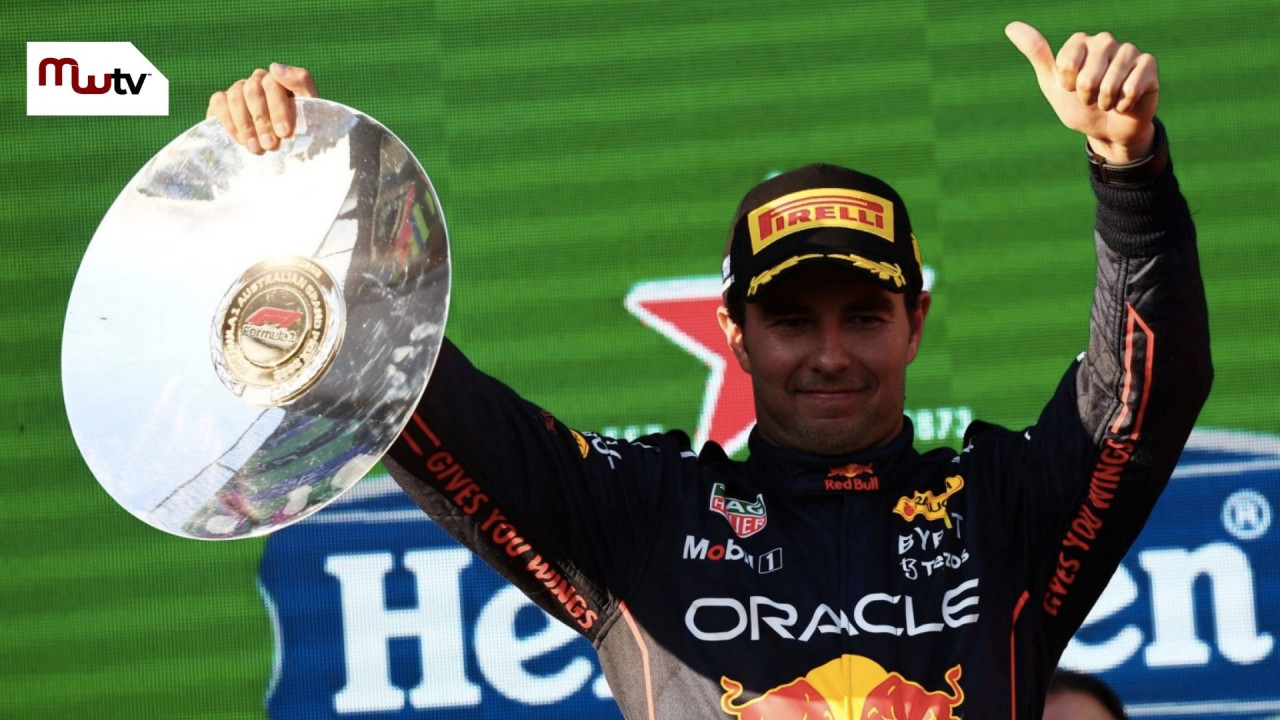 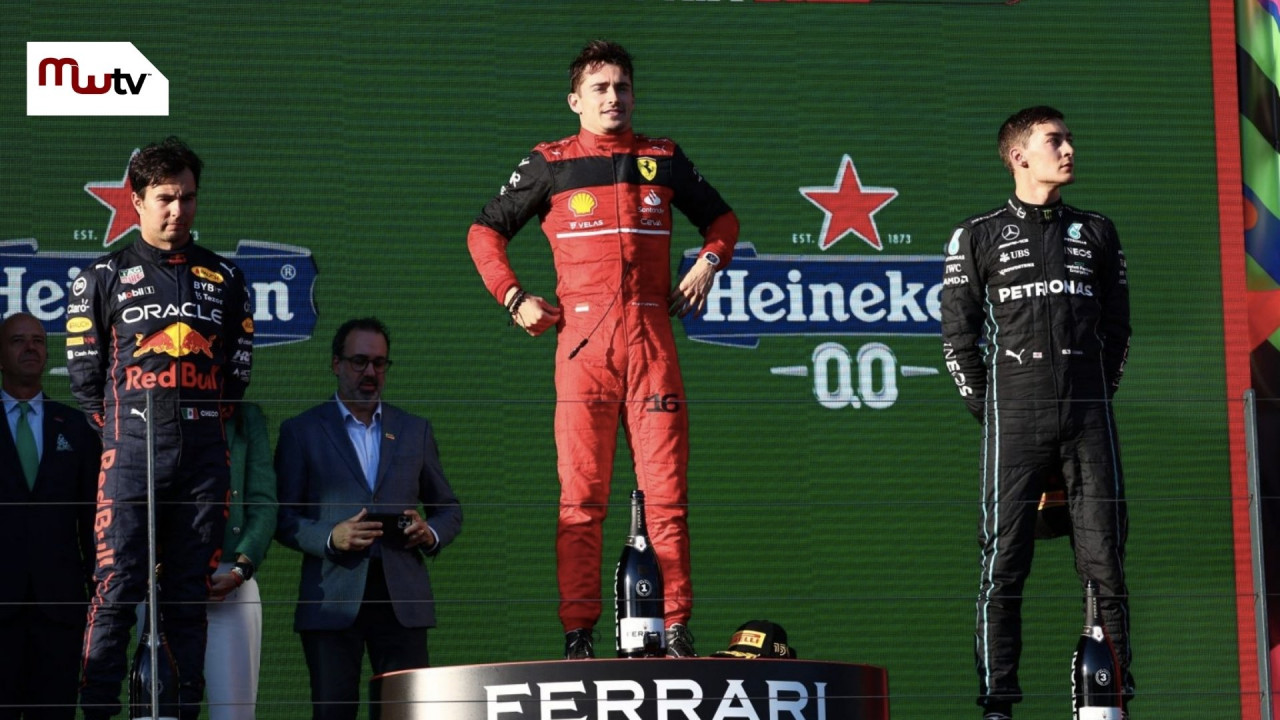 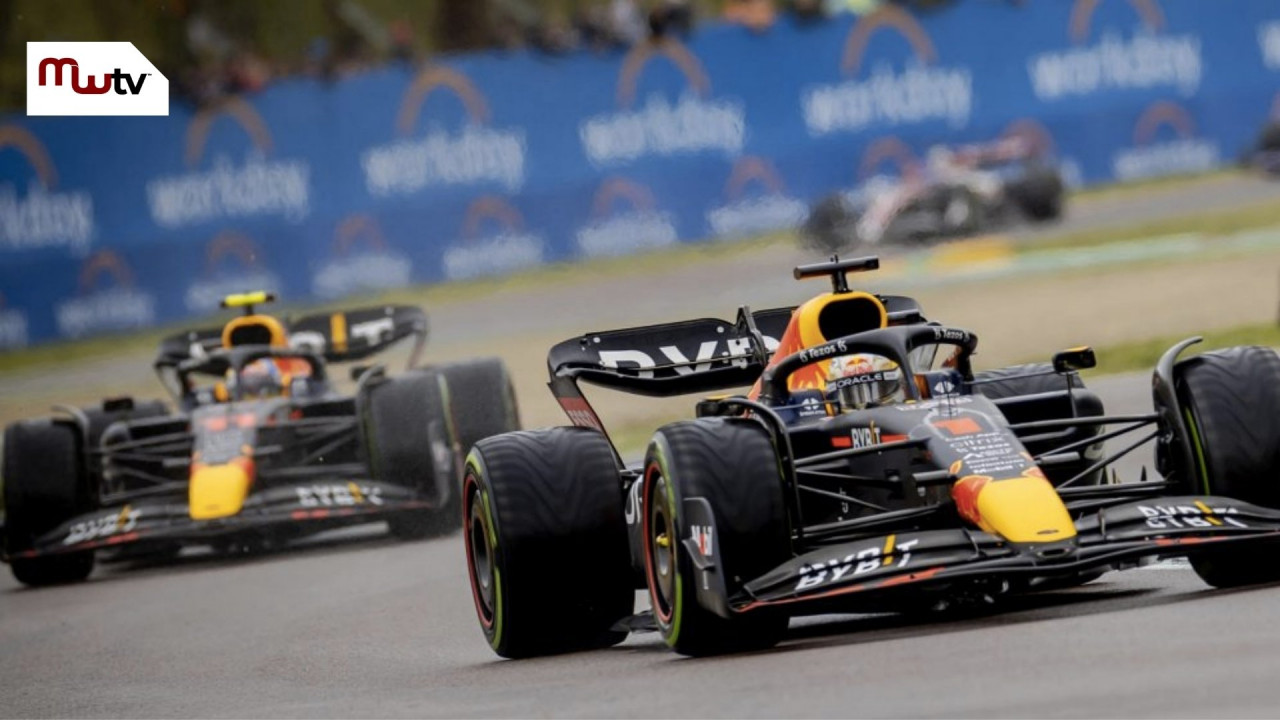 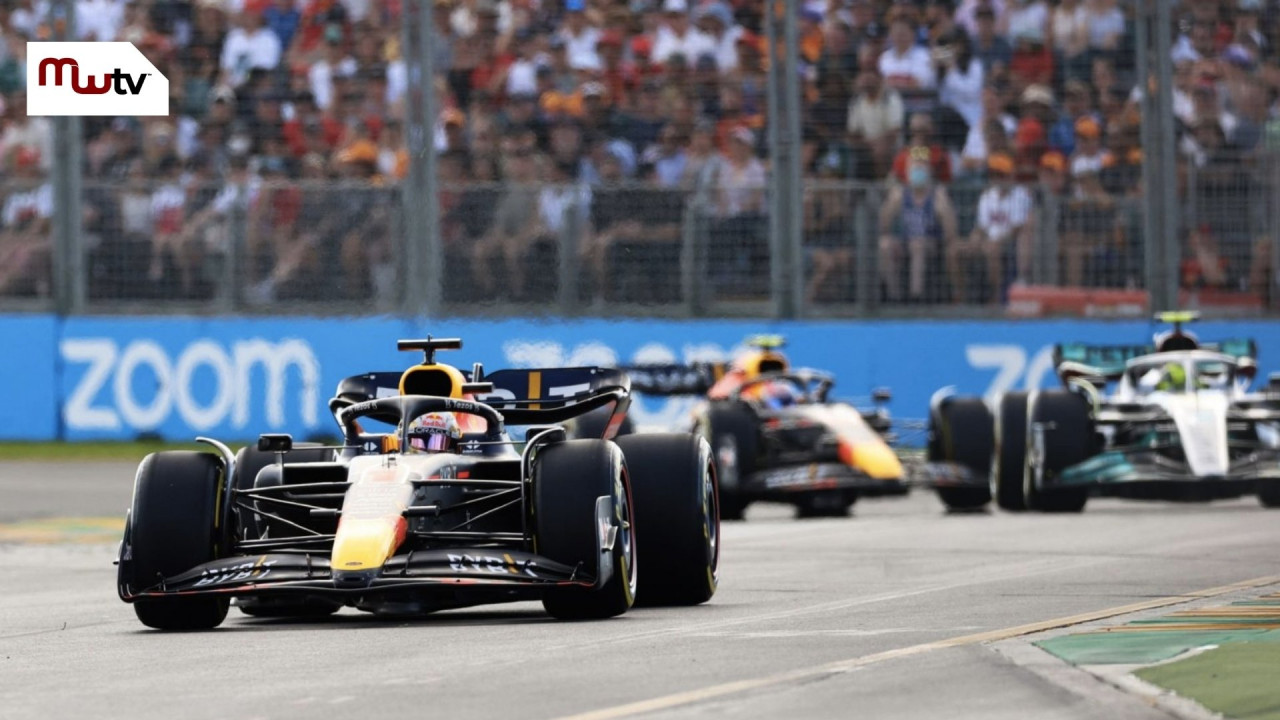 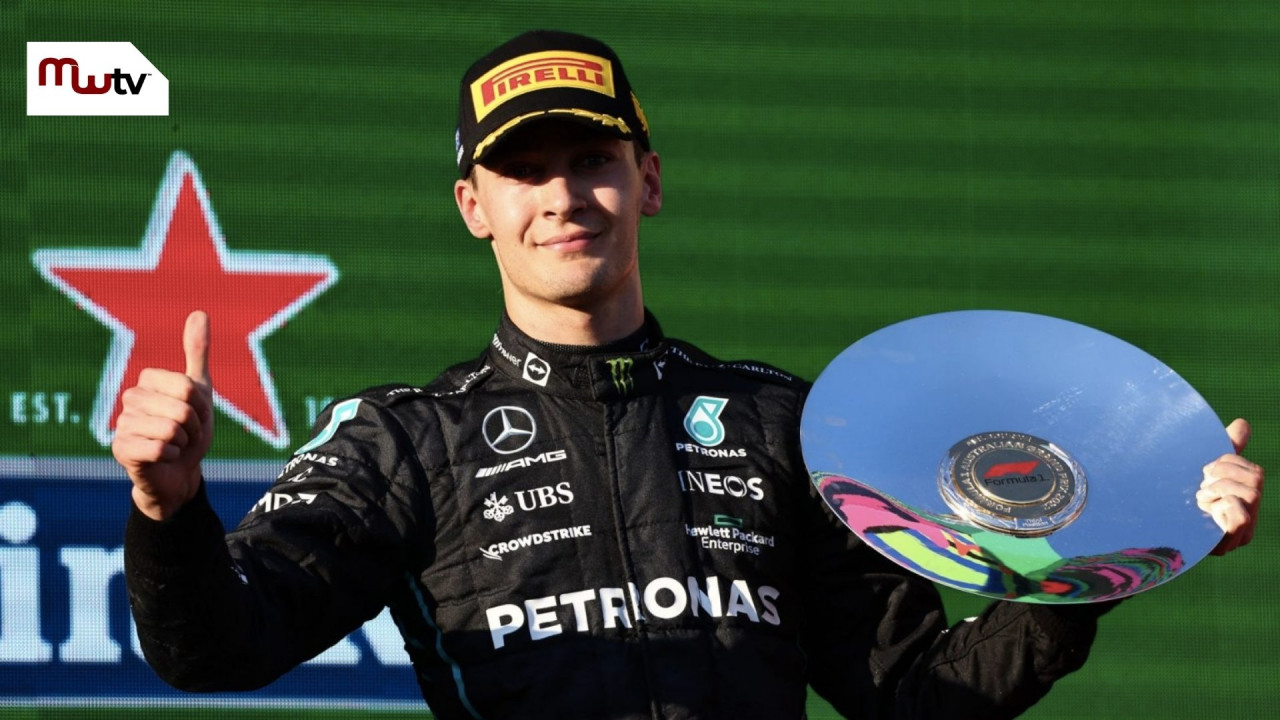 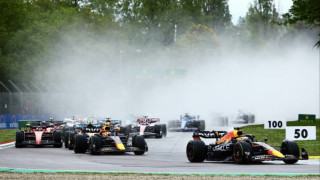